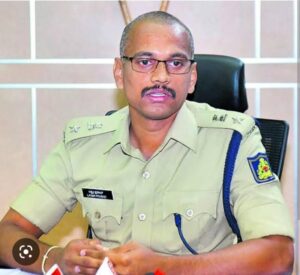 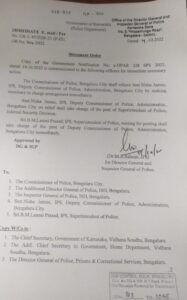 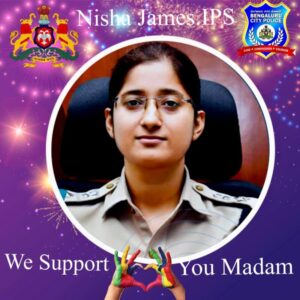 lose to an alleged harassment complaint by the staff of administration section of the City Police Commissionerate against IPS officer Nisha James alleging harassment at the workplace,the Karnataka government has transferred her.

M A Saleem,Additional Director General of Police (Administration),issued movement order on Wednesday posting her as Superintendent of Police,Internal Security Division.

The order also stated B M Laxmi Prasad, awaiting posting has been asked to take charge as DCP administration .

Some of them took to social media to express their support for the Indian Police Service (IPS) officer.

Terming her transfer as part of conspiracy, officials said that Nisha James an honest officer.

She had ensured the transfer of over 3,000 police personnel who were working in the same police station for more than five years,added the official.

This had irked the lower rank personnel and conspired against her by launching campaign against the officer.