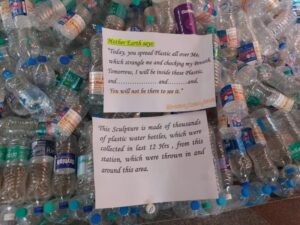 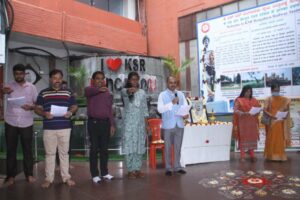 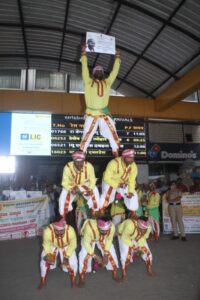 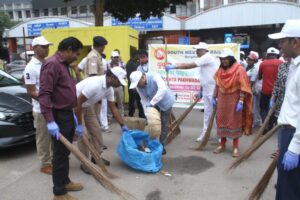 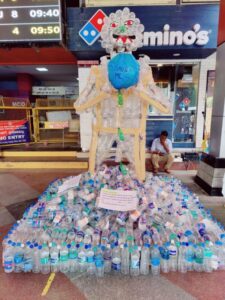 engaluru Division of South Western Railway today celebrated Gandhi Jayanthi as Community Service Day in a grand scale.Various activities with special focus on cleanliness were organized on this occasion.

He gave away prices to students of Kendriya Vidyalaya who were the winners of the Painting Competition on the theme “Ban on Single Use Plastic.He also distributed prices to the Staff who participated in poster making competition.

Artists from Central Bureau of Communications, Ministry of Information and Broadcasting, performed Kamsale folk dance on theme of cleanliness.

Cleanliness campaigns, Shramdan and rallies were held across the division in different railway stations,Offices,Workshps and Railway Colonies. Numerous activities involving many stakeholders were organized to remember Gandhiji and uphold his ideals of swatchhata.

Railways observe Swachhta Pakhwara (Cleanliness fortnight) every year to make a visible impact on cleanliness from 16th September to coincide with the Birth Day of Mahatma Gandhi on 02nd October.

Bengaluru Division,during Swachhta Pakhwara, conducted different activities about cleanliness on each day. It organized rallies, flash mob, skits and street play on cleanliness in Railway Stations. Paper bags and pamphlets were distributed to passengers with a message to stop use of plastic bags and plastic bottles.

“Shramdan” was conducted in Railway colonies besides Railway Stations and premises to create awareness about ban on single-use plastic.