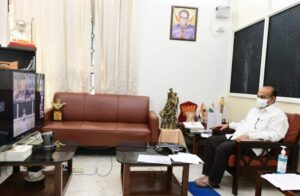 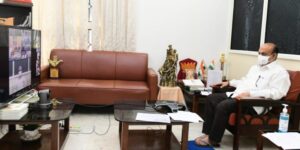 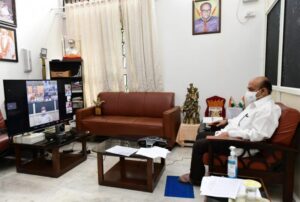 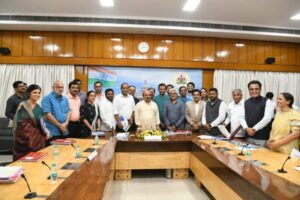 He was speaking at the video conference organized today to review the arrangements of the campaign.

He directed officials to carry out the campaign with passion and respect for the country.He suggested that officials must work towards celebrating the event in a meaningful way.

It is intended to hoist the flags on more than 1 crore homes in the State.Distribution of flags is already underway.

He instructed officials to hoist the flags on 13th August,to create a festive mood to commemorate Amrit Mahotsav.

As per the guidelines of the Union Government flags should be hoisted on Government offices on these three days every morning and must be lowered in the evenings.

At homes,flags should be hoisted on 13th and can be kept until 15th.

The Chief Minister directed the Chief Secretary to conduct another round of meeting with the district administration.

He also said that,to commemorate Quit India Movement,freedom fighters must be felicitated at their homes in the respective districts between 9th to 14th August.

District-in–Charge ministers should also be a part of this,the CM said.