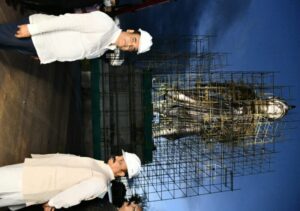 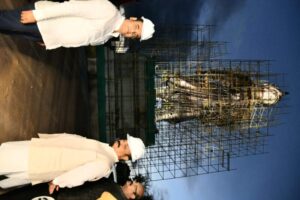 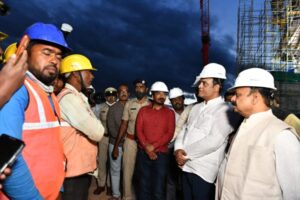 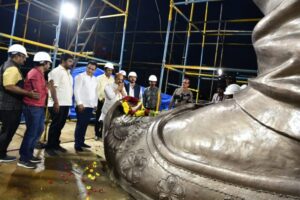 he Bronze statue of Nadaprabhu Kempegowda will be unveiled soon at the Kempegowda International Airport(KIA),Chief Minister Basavaraj Bommai said.

The Chief Minister was speaking to media persons after inspecting the progress of the works for installation of the statue at KIA on his return from Delhi.

The 108 feet tall statue of Kempegowda is in its final stages of completion.

It is the tallest statue of Kempegowda and it would be unveiled at the earliest.

The area around the statue would be beautified, Bommai said.

It is a symbol of state’s progress

“We intend to unveil the statue along with the inauguration of the Terminal-2 of the international airport.This is the land of Kempegowda.The airport has been named after him. It is apt to have his statue here.

It is a symbol of the state’s progress too. He is a great visionary who built Bengaluru.When Bengauluru is growing at a rapid pace and his statue will be an inspiration for all the development works of the government,Bommai said.

Replying to a question on his Delhi visit, Bommais said that he signed as one of the proposers along with Prime Minister Modi and other senior leaders for the nomination papers of the party candidate in the Presidential poll.