Unable to repay loan he had borrowed and frustrated over frequent fight with wife,a 45-year-old tailor killed his wife and stabbed his minor daughter to kill her and later end his life at his house in Matthikere in the wee hours of Wednesday.

The accused has been identified as,Danendra Reddy a tailor.

Senior officer with other staff rushed to 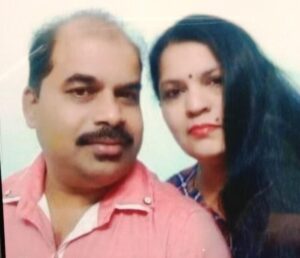 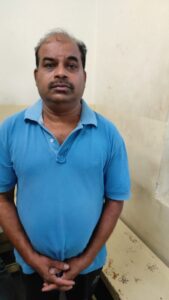 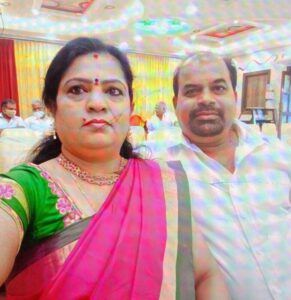 spot and said that after killing the 42-year-old wife and attacking his 13-year-old daughter,the accused Danendra Reddy realized the mistake and called the police control room for help .

By the time police rushed to the spot,Anusuya was dead and the police rushed 13-year-old Sahana to a nearby hospital where she is treated and now said to be out of danger .

Investigations revealed that Reddy and Anusuya owned a tailor shop in the area.Sahana is the only daughter the couple have who is pursing 9th standard at a private school.

Reddy borrowed a personal loan and not been able to repay.The couple used to have frequent fight over this and Reddy had decided to kill the family and end his life .

As per the plan he woke up in the middle of the night slashed the neck of Anusuya killing her on the spot and later stabbed Sahana.

However Sahana began to cry and plead which led Reddy to change his mind and called the police.

The police arrested Danendra Reddy on the charges of murder, attempt to murder and attempt to commit suicide for further investigations .