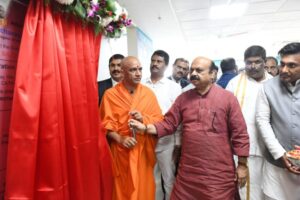 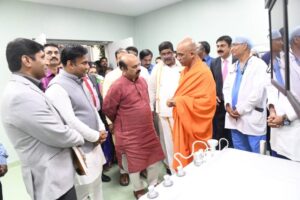 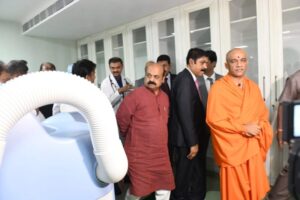 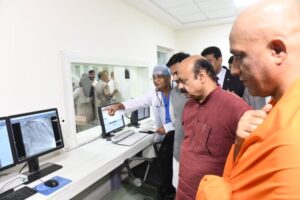 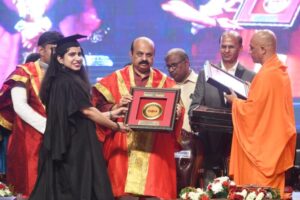 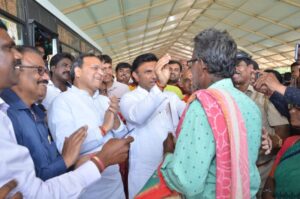 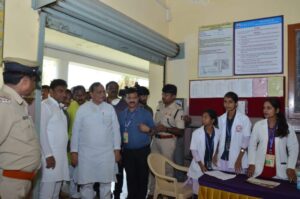 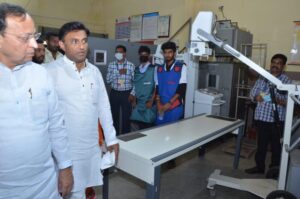 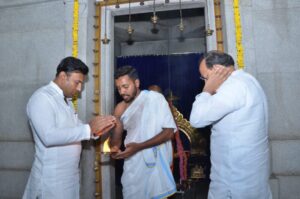 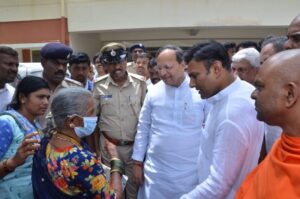 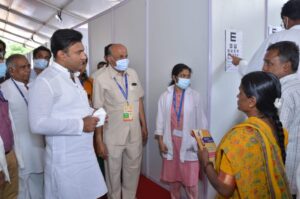 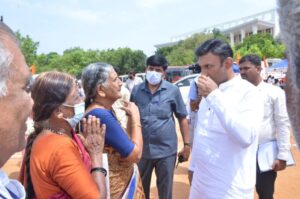 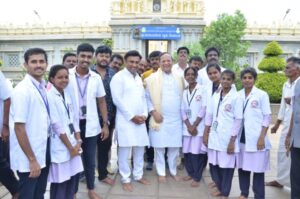 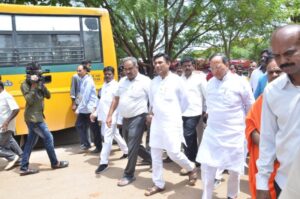 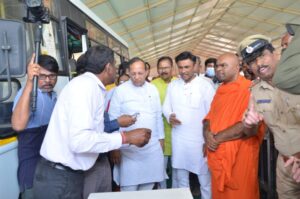 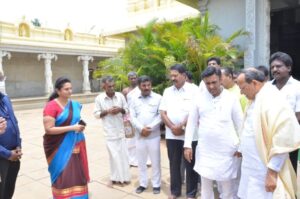 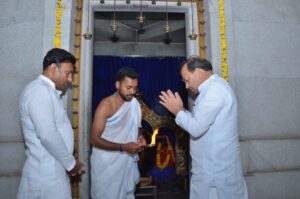 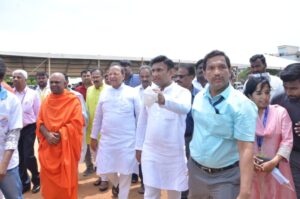 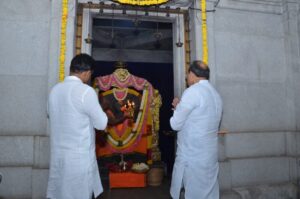 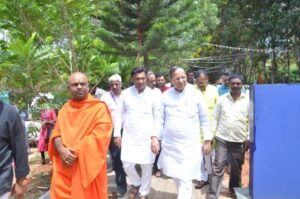 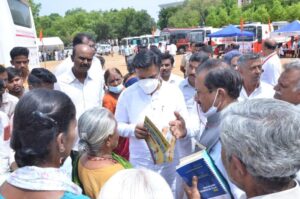 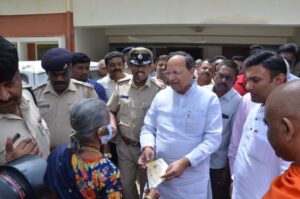 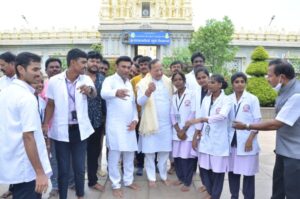 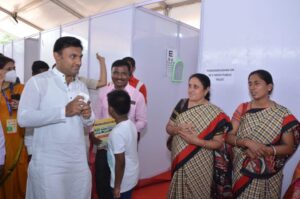 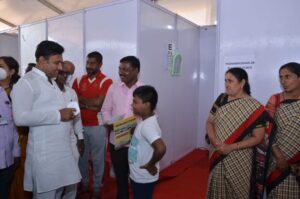 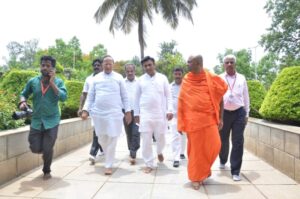 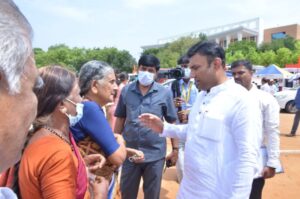 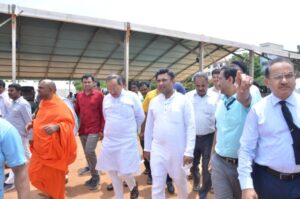 e two-day,mega health camp organized on May 14 and 15 by Dr K Sudhakar foundation at Chikkaballapur which is recognised as world record from the World Book of Records came to an end where a total of around 2 lakh people were screened and many were referred to tertiary healthcare centers.

The mela was organized by Dr K Sudhakar Foundation in association with State Health & Family Welfare,and Medical Education departments in coordination with the Chikkaballapur District Administration.

Generally,health camps are conducted for a day but we planned it for two days one of which was a Sunday.

Also,many who would have been given blood tests could come in the second day for the diagnosis and treatment,said Karnataka Health and Medical Education Minister Dr K Sudhakar while speaking at the inauguration of the mela.

The camp was a unique initiative where many government and non government entities came together which made such a camp possible.

A total of 1500 doctors,1500 nurses,1000 lab technicians and para medical staff were present at the camp.

One other unique initiative of the camp was to provide free transport and free food to people coming to the camp from surrounding talukas.

Even medicines were provided completely free-of-cost on-the-spot.Additionally,thousands of eye glasses and dentures were also given to patients who required them.

For conducting investigations suggested by the doctors,provisions for a comprehensive on-the-spot blood tests,2D ECHO,ECG, Mammograms and Ultrasounds were installed.

For patients who required further treatment in secondary and tertiary healthcare centers, referrals have been provided the cost of the treatment will be covered under Union government’s Ayushman Bharat scheme.

Minister Sudhakar during the inauguration has stated that this kind of a camp was something he thought of after many of his personal experiences with people from extremely disadvantaged backgrounds where he realized the problem of accessibility to healthcare.

In rural areas access to healthcare and knowledge about health, both are very low.The reason is that there aren’t many secondary and tertiary care centers.

After lot of struggles, we will now be getting a government medical college here in Chikkaballapur.

Earlier,there wasn’t even a single government medical college in this part including Bengaluru rural, Chikkaballapur and Kolar,said Minister Sudhakar.

Additionally,he said that people in these areas only go to doctors when a disease becomes severe and there scarcity of preventative care.

During the inauguration of the program,Sri Nirmalanandanatha Swamiji,BJP National General Secretary Sri BL Santhosh and Karnataka Minister of Small-Scale Industries and Municipal Administration MTB Nagaraj had praised the initiative.

Speaking to reporters after the visit,he said,There are thousands of doctors and healthcare staff and lakhs of patients are getting screened receiving treatment in this camp.

Such a massive visionary task is happening in such a planned way under Dr Sudhakar’s leadership.He is a true visionary and the society will be benefitted by him.

Such a thing can only be done by a BJP minister as others are involved in blame games.Prime Minister Modi always asks party workers to serve people and today Sr Sudhakar has truly done this,” he added.

I haven’t seen this sort of health camp elsewhere in the country and such camps must be conducted in every district,Arun Singh said.

Speaking to media,Dr K Sudhakar stated that there are future plans to extend this kind of a medical camp to other districts of Karnataka.

He also said that over 3 crore Ayushman Bharath cards are yet to be provided and it will be distributed within the next 6 months.