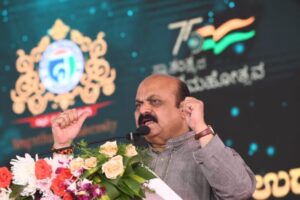 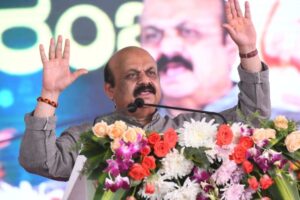 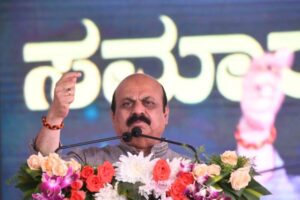 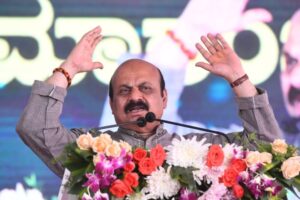 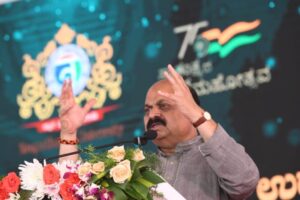 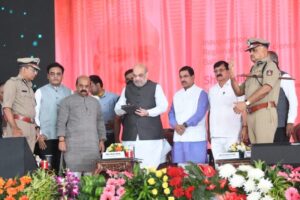 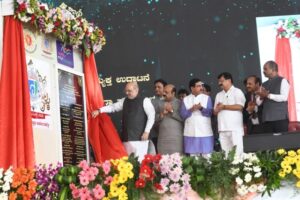 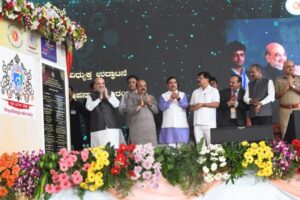 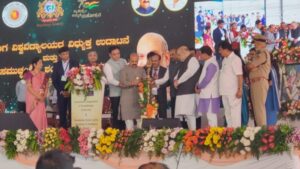 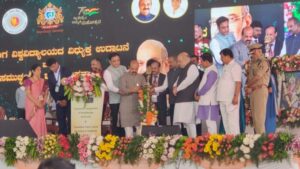 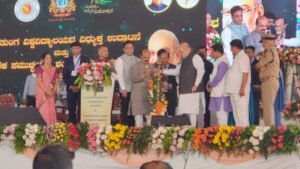 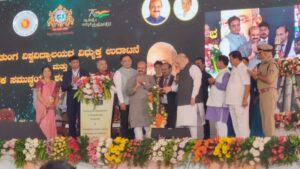 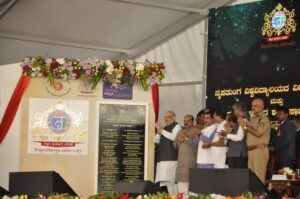 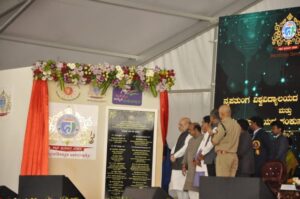 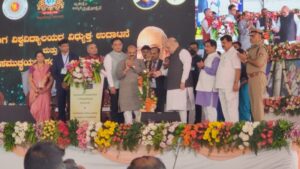 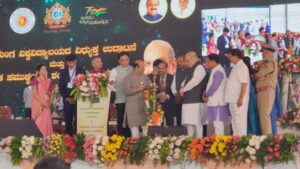 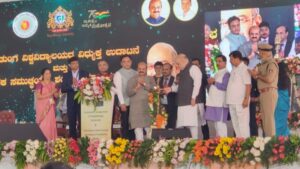 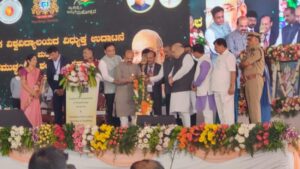 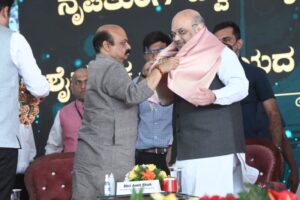 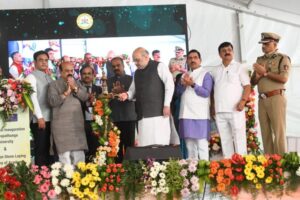 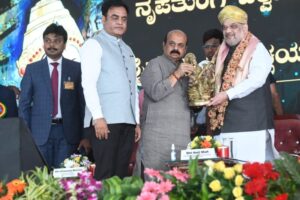 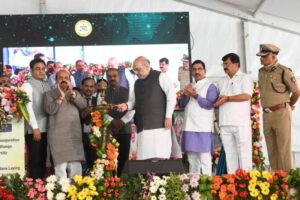 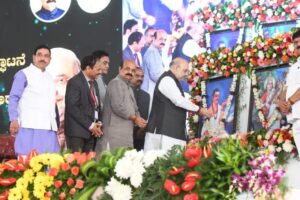 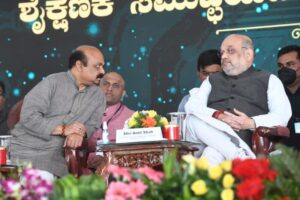 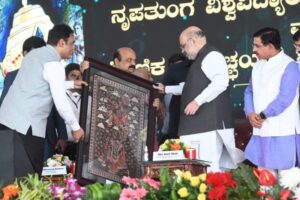 Prime Minister Modi sees youth, who constitute 46% of our population,as an asset who bring demographic dividend.

The Chief Minister in his address at the programme to inaugurate the Nrupathunga University and lay the foundation stone for an Academic Complex said,youth should be the harbingers of change.

Nrupathunga University is the first of its kind institution to help them in their endeavour. It is a matter of pride for the students that they figure prominently in Modi’s vision to make India a great nation.

The country earlier did not have the facilities that the present students have.The country lacked an inspiring leader in the past.

The earlier leaders had considered India’s population as a burden.But Modi sees them as an asset and has pledged to mould them as the soldiers to make India a powerhouse in economy and education.

The New Education Policy has been introduced with this vision.It has instilled a new sense of confidence to usher in glorious future for Karnataka, Bommai said.

The New Education Policy is set to bring a revolution in education from KG to PG. It has provisions to pursue Under-Graduate and Post-Graduate courses simultaneously.

The Union government has granted Rs.50 cr for the Nrupathunga University and the State government would provide the remaining funds needed, Bommai said.

State government has formulated new programmes for the welfare of youth. Greater emphasis is being given for self employment, campus interviews and skills development. A new Employment Policy is being drafted. Our government is committed to provide good education, employment and empowerment for the youth, Bommai said.

Modi is a great statesman

Abolition of article 371,scrapping of many outdated, redundant laws and strong actions for the safety and security of the country have proved that Modi is a great statesman who is leading this country with distinction,Bommai said.

Bommai appreciated the efforts of Higher Education minister Dr. Ashwathnarayan in bringing huge changes in higher education. The Chief Minister urged the academicians to cooperate with the government in this endeavour.