Terming opposition Congress’ complaint to Governor Tawar Chand Gehlot demanding the dismissal of the BJP government as ridiculous, Chief Minister,Basavaraj Bommai has said that, “considering Congress party’s special interest about the percentage in tenders of civil works, tenders approved during their regime too would be subjected to probe.”

Speaking to media persons after participating in the ‘Constitution Day’ celebrations in Davanagere he said, “the letter to Governor reflects the percentage culture that prevailed during the previous Congress regime towards the Contractors.

It is the Congress leaders who are the creators of percentage culture.It is Congressmen who have been increasing it(percentage) periodically.

The whispering conversation between two Congress leaders which was captured by visual media recently has blown the lid off the Congress’ percentage culture.

It is ridiculous that the same people have now lodged a complaint with the Governor.”

Referring to the reported letter written by Contractors which triggered the row,Bommai said,the letter had no details nor mentioned any specific cases.

It was a general letter.But still we have ordered a probe.Since Congress is showing keen interest in the percentage issue the tenders approved during their tenure too would be probed.”

Replying to a question as to whether Lakhan Jarkiholi would withdraw his nomination,the Chief Minister said,I have spoken to Lakhan Jarkiholi and conveyed a clear message asking him to extend full support to our official candidate.Lakhan will take a final call about it after discussing it.’

Survey to estimate the crop losses in each district is on. Paddy,Jowar crops in north Karnataka and Ragi, Paddy, vegetables in south Karnataka have suffered heavy losses.

Finance Secretary has been instructed to release the crop compensation within 24 hours of uploading the survey reports in Parihara App, Bommai said.

State would submit a memorandum to centre seeking financial assistance for flood relief after compiling a comprehensive report on the losses, Bommai added. 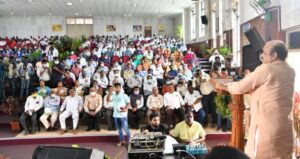 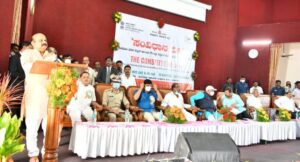 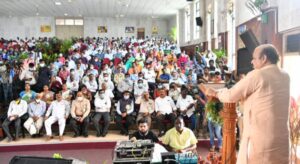 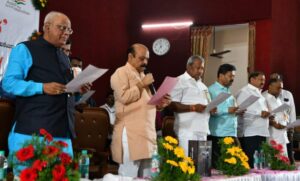 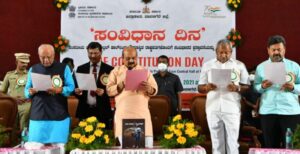 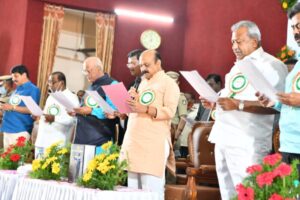 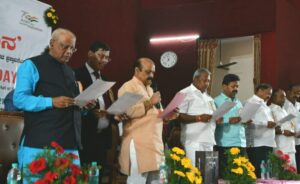 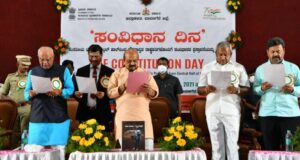 Referring to ongoing ACB raids on officers of various departments in the state the Chief Minister said,ACB is conducting massive raids as it has been given a free hand.The corrupt would be exposed and punished.Our intention in this regard is very clear he said in his statement.