Anti-Corruption Bureau (ACB) continued its raids at Bengaluru Development Authority (BDA) on Saturday. After conducting raid on Saturday, The ACB officials had seized Rs.150 crore worth of property records.

Based on a tip off,ACB officials conducted simultaneous raids on offices of deputy secretaries,special land acquisition and others located in the premises and it is found that the BDA officers have issued documents to various persons on a single property and allotted 35 sites to a private institution in K.R. Puram.

The raid that began at 4 pm on Friday continued till night.And the raid continued on Saturday and the public were not allowed inside the office premises.

ACB officials also found that senior officers and staff working in BDA involved in fabricating with land records and creation of fake documents in exchange of huge bribes.

The officers have also detected illegal allotments of BDA sites in Arkavathy Layout,Kempegowda Layout,Kengeri,Chandra Layout and other places.

The ACB team of 80 officers who arrived at the BDA office is currently under scrutiny of the ACB officials team led by, SP,Yathish Chandra,Abdul Aahad under the leadership and guidance of ADGP,Seemanth Kumar Singh,Inspectors,as, Dayanand,Kumar Swamy,Mohammed Ali,and Nayaz are conducting their investigation.

BDA Deputy Secretary Gita and Suma of Land Acquistion department are questioned by the ACB team.

BDA deputy secretary,(DS-1) Naveen Joseph has been interrogated at the BDA office.While the inquiry at Joseph’s office has almost come to an end, and he is likely to be issued a notice to attend the ACB office for further inquiries.

Speaking to Media on Saturday,BDA Chairman, SR Vishwanath said,I have also spoken to the ACB officials and also informed them that I will provide the required documents for them.It is not just related to one property.

Also creating fake documents in the name of farmers in Visveshwaraya Layout,Kempegowda layout and Arkavathy Layout they have provided documents of fake GPA holders for allotment of sites.

When we are order an enquiry,it has become a habit to go get a stay from the court.I welcome this move of conducting a raid.

Being a chairman of BDA,I am not able to correct the ground level staffs.I don’t know where these FDA and SDA staff do business transactions.

There are so many documents missing from the office, only scanned documents done during the period of Siddaiah we have got.”

In bulk allotment there are so many sites alloted to others by the brokers.I have informed earlier also that there are a few illegalities in BDA.

The same has been informed to the chief minister also.Yesterday, the raid should have been conducted when the brokers were present, but it was conducted during public visiting time. So not much of cash was seized by them.

Till 26th Nov they have got permission to conduct an inquiry,so I have informed the staff to give required details to the ACB team,”said Vishwananth.

The press release from ACB said that the raids will continue few more days and BDA officers will be be taken into custody for the interrogation based on the evidence gathered and further investigations are on. 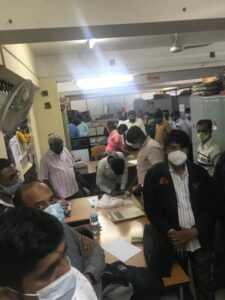 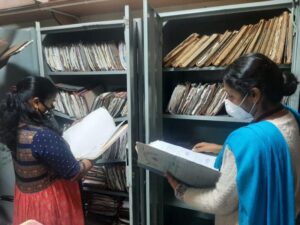 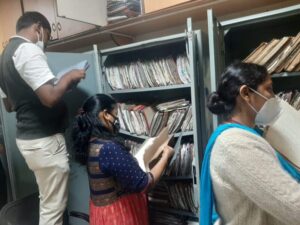 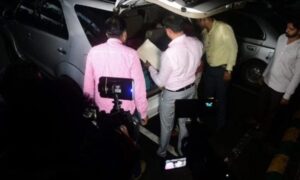