India has registered several landmark achievements in the fight against the global pandemic today.

A net decline of 11,121cases has been recorded in the total active cases in last 24 hours. 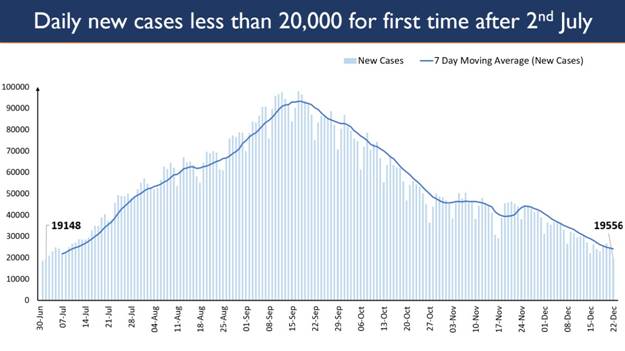 India’s active cases per million population are amongst the lowest in the world (219). The figure is much higher for countries like USA, Italy, Brazil, Turkey and Russia. The total recovered cases have crossed 96 lakhs (96,36,487) which translates to a Recovery Rate of 95.65%. The gap between Recovered cases and Active cases continues to grow and presently stands at 93,43,969.

30,376 cases have recovered in the last 24 hours. New recoveries have been exceeding the new cases continuously since last 25 days. 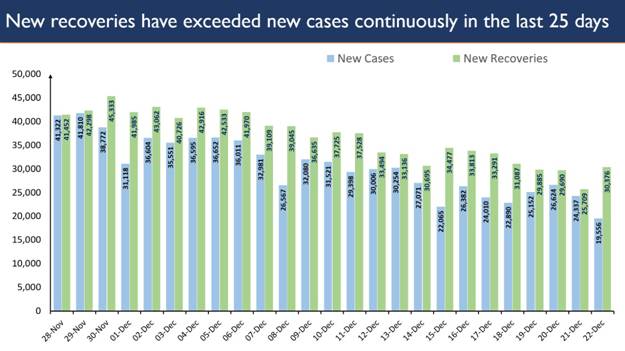 The high level of testing on a daily basis combined with high levels of recoveries along with steadily declining new cases have led to a slide in the mortality rate. 75.31% of the new recovered cases are observed to be concentrated in 10 States/UTs. 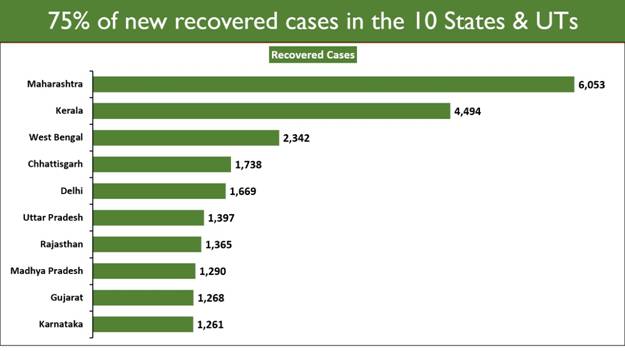 Ten States/UTs account for 76.74% of the 301case fatalities reported in the past 24 hours.

18.27% of new fatalities reported are from Maharashtra which reported 55 deaths. West Bengal and Kerala follow with 41 and 27 new deaths, respectively.